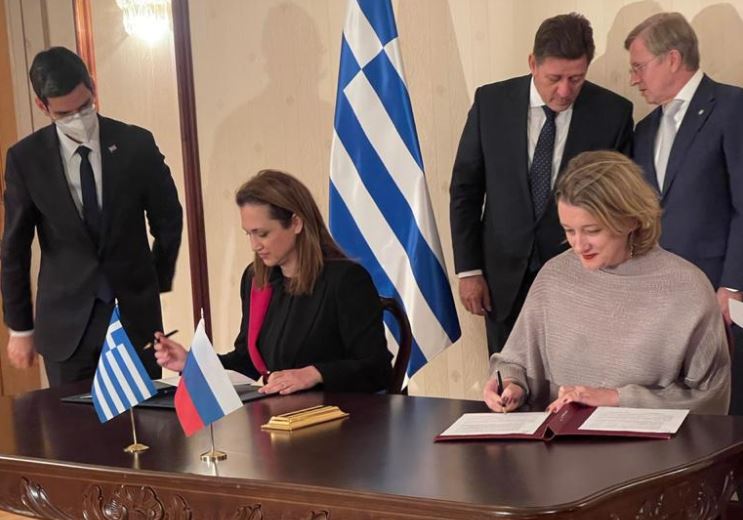 In this context, Ms Loizou signed with the Deputy Head of the Federal Tourism Service Elena Lyseknkova, a Joint Action Plan between the Russian Federation and Greece for the period 2022-2024 in the field of Tourism, with the aim of promoting tourism flows and strengthening cooperation between in both countries.

On the sidelines of her visit, the Secretary General made contacts with tourism market players and tourism entrepreneurs, while she had the opportunity to attend the opening of the Exhibition “Greece during the Struggle for Independence 1821-1830 through Russian sources” in Russian State Library.