Which locations will feature on Dubai Monopoly board game? 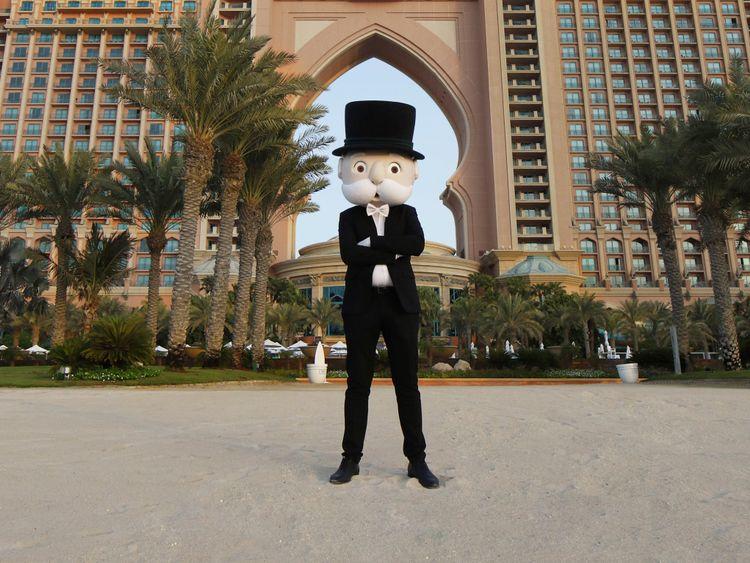 Mr Monopoly is currently making his way around the city to identify possible locations, starting his journey at Atlantis The Palm.

Dubai is set to have its very own Monopoly game.

But which of the emirate’s iconic landmarks will be featured on the latest version of the popular board game?

And Mr Monopoly himself is currently making his way around the city to identify possible locations, starting his journey at Atlantis The Palm.

Winning Moves, manufacturers of the official Dubai version of Monopoly, under license from Hasbro, says: “We are thrilled to bring the official Dubai Monopoly board game to the residents and tourists of the region. This edition will be everything you love about the traditional game, adapted in a way that Dubaians will enjoy for generations to come.”

Throughout the following weeks, both Dubai residents and tourists have the chance to meet and greet Mr Monopoly, joining him in numerous activities around the city.

Follow #MrMonopolyinTown and #MonopolyDXB on Instagram for a chance to meet the man in the top hat at his next location.

The new board game will be launched on November 4.

Issam Kazim, CEO, Dubai Corporation for Tourism and Commerce Marketing (DCTCM) said: “This internationally recognised, and much-loved family game, will not only promote the city’s diverse destination offering to a global audience, but Monopoly’s newest board will provide both visitors and residents with an exciting new way to discover the city.”