Replotting the course of shipping in the Aegean and the Adriatic 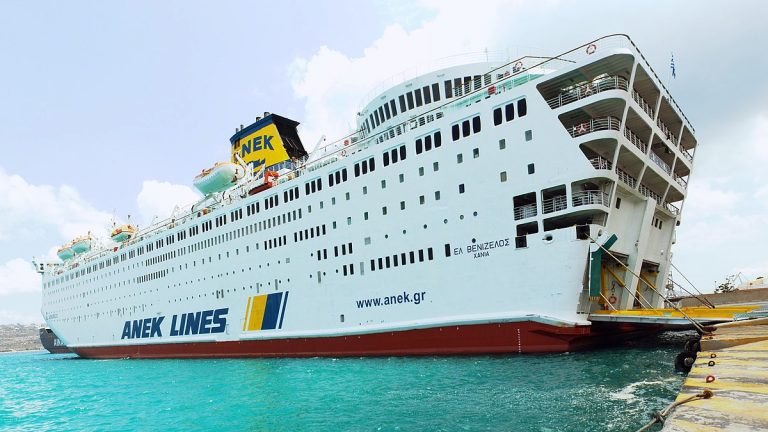 The imminent absorption of ANEK offers new possibilities to the Attica Group, while at the same time it is forcing the rest of the shipping companies active in Greek waters to reevaluate their actions. The “new Attica” is present on almost all Greek lines, which serve 115 islands daily with about 100 coastal ships by connecting them to the mainland or making connections between them.

According to a study by XRTC, the 100 ships belong to 28 small, medium and large ferry companies that in the third (summer) quarter of 2022 transported approximately 14 million passengers, of which just over 13 million within the country. XRTC places the ferry companies in three main categories according to the type of their ships and their characteristics. The large companies include the Attica-ANEK group with 44 ships (passenger ferries and high-speed ferries) and the Minoan Lines group, a subsidiary of the Italian Grimaldi group, with four ships, three conventional and one high-speed ship.

The 48 ships of the major companies are the pillars of the market since they transport passengers and above all most of the cargo to and from the islands. The Attica-ANEK group is active on the Adriatic lines (Greece – Italy) and in Greek shipping, connecting Piraeus with the Cyclades, the Dodecanese, Crete (Chania, Heraklion), the Saronic Islands. It is also active in the Sporades, in the North and East Aegean, while at times also on the Rafina – Cyclades line. Minoan Lines connect Piraeus with Crete (Heraklion and Chania) and in the summer months by high-speed ferry Piraeus with the Cyclades and Crete.

The medium-sized companies include three companies that are active in the area both on main lines, as well as on barren and inter-island lines. The companies Fast Ferries and Levante Ferries operate with charter ships throughout the year. Seajets operates most of its high-speed ships only in the high tourist season.

Seajets: The Seajets company, owned by Marios Iliopoulos, is according to XRTC the largest private Greek shipping company with a fleet of 24 ships (20 high-speed ships and four conventional). It has the largest fleet of high-speed ships in the Aegean and serves 33 islands in the Cyclades with connections from Piraeus, Lavrio, Crete, Thessaloniki, Rafina and with intra-Cycladic connections. Despite the fact that its fleet consists of 24 ships, in 2022 it operated just 16. In April 2021 Seajets bought four ships from Golden Star Ferries of the Stefanos brothers, the three high-speed ships Superrunner, Super Speed ​​& Super Cat as well as the conventional SuperFerry II. In 2022 the company bought Speedrunner 3, the last ship of Aegean Speed ​​Lines.

Fast Ferries: Fast Ferries was founded by Panagiotis and Yiannis Panagiotakis in 1989, and operates today with four ships, three conventional and one high-speed, on the lines Rafina – Andros – Tinos – Mykonos, Naxos, Paros, Koufonisia and Piraeus, Syros, Mykonos , Naxos. In 2020, Fast Ferries announced the completion of the purchase and delivery of its new vessel to be named THUNDER.

Levante Ferries: Levante Ferries, owned by Giorgos Theodosis, operates on the line Patras/Kyllini – Zakynthos – Kefalonia, Ithaca with four ships. A fifth ship, which it bought in 2019, the Smyrna di Levante, is currently undergoing a complete refit, a broad technological upgrade, as well as a complete remodeling and renovation of interior spaces, in order to connect Thessaloniki with Smyrna. It has recently purchased its sixth vessel, Contessa di Levante (formerly Queen Coral 8), which was built in Japan in September 1999. The vessel is undergoing a refit in order to serve in the Ionian.