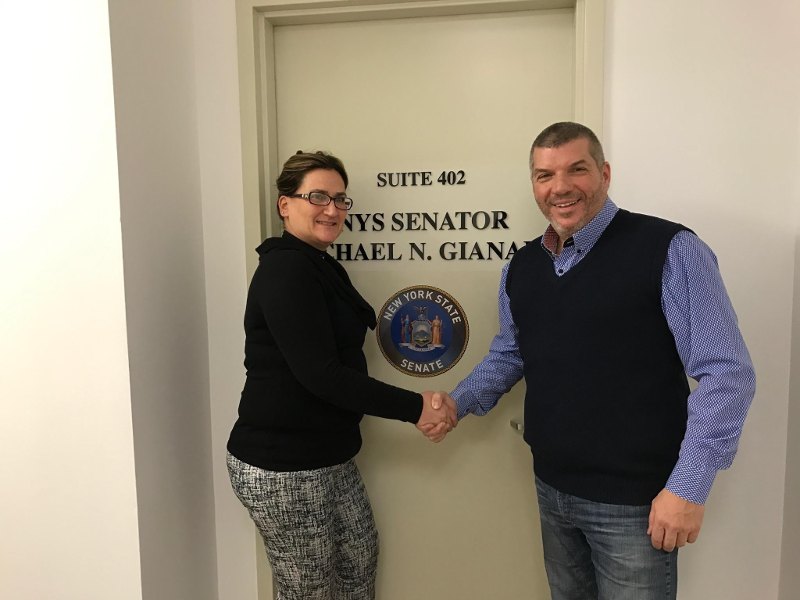 Mr. Skagias had the opportunity to discuss with Greek-American mrs. Stathatos-Vasilakos the Hellenic American Chamber of Tourism’s activities and events to promote Greek tourism destinations to the USA.

New York Senator Michael Giannaris has been a staunch advocate for consumers, authoring the first-in-the-nation Airline Passenger Bill of Rights law which inspired federal rules that now ensure that travellers are treated with respect and dignity while on commercial airplanes.