Gundari Folegandros: An Australian who loves Folegandros invests on the island 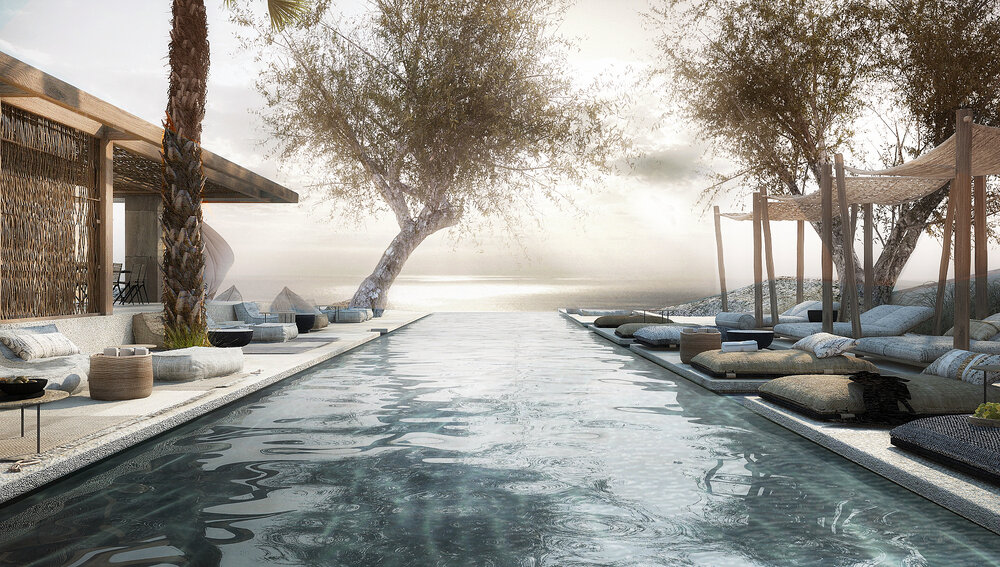 The name of the resort is a tribute to the history of the island as Folegandros was called Gundari by the Phoenicians in 3,000 BC, describing its stony land

Ricardo Larriera came to Folegandros and was enchanted to such a degree that he decided to invest in the island and its tourism by building the “Gundari Resort”. A resort that respects the wild heart of Folegandros as he is fond of saying.

Larriera, the founder and CEO of Gundari, for more than 25 years pursued a successful career in Australia as a director of multinational advertising companies. The Australian businessman, a fan of Folegandros, believes in Greek tourism and its potential to attract higher incomes to less well-known islands. With his experience in projects related to tourism and a strong team of investors, Ricardo Larriera aspires to deliver a truly innovative resort in Folegandros, thus realizing his vision for the creation of a five-star hospitality structure that emphasizes the combination of pure luxury and sustainability.

Tribute to the island’s history

The name of the resort is a tribute to the history of the island as Gundari was the name Phoenicians in 3,000 BC gave to the islands, thus wanting to describe its stony land.

The Gundari Folegandros will be completed in two stages: the first with 26 rooms will open its doors in 2023, while the second will be ready within two years, bringing the number of rooms to a total of 50. Each suite and villa of the resort will have its own heated swimming pool and is designed to offer a breathtaking views of the cliff.

Gundari Resort, overlooking a cliff, has been designed to literally seem part of the landscape, while it has been included in the Earth Check certification program.

The ground-breaking ceremony took place, recently, in the presence of the Australian Ambassador, Arthur Spyrou, who praised the beauty of the island and stressed the love of Australians for Greece, its culture and the uniqueness of its nature. 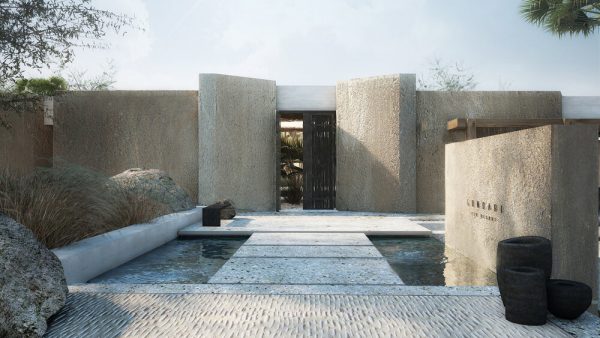 Side benefits from the investment

The Mayor of Folegandros, Efthalia Papadopoulou, spoke at length about the benefits of this investment on the island, staying with the important help that “Gundari Resort” will offer to support and upgrade the medical center, offering know-how, as well as financial support. “Gundari” together with its partners, APAX Constructions, Block722 and Focal will undertake the medical center’s architectural and construction study, while they have committed to donating 50,000 euros with the prospect of contributing even more when the total cost is calculated.

As Ricardo Larriere the location of his new resort as well as the island it nests upon, and as he said: “Our desire is for Gundari to expand the experience of the island, not to change it. It’s already perfect.” 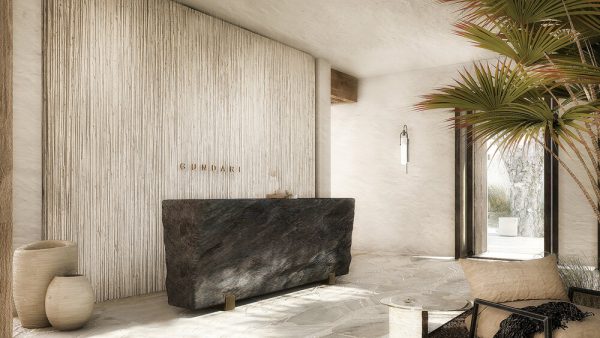 The impeccable hospitality at “Gundari” is enhanced by the emphasis on gastronomy and wellness. The internationally renowned Greek chef Lefteris Lazarou, owner of the famous, award-winning Michelin star restaurant “Varoulko”, will design an authentic Greek menu with a modern twist for Gundari, using the best products of the island and the sea, and some of the best domestic and foreign wines.

The Gundari Resort, which bears the signature of renowned architectural firm Block722, a  architectural firm with international parchments, has set as a priority the complete harmonization of the luxury hotel with the wild land of the island.