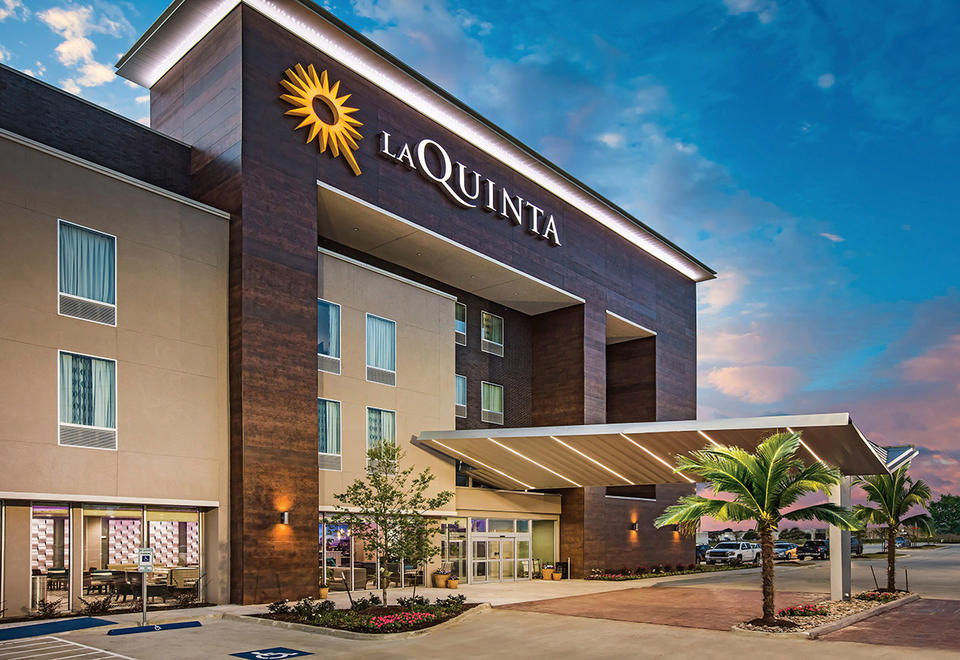 As Wyndham Hotels & Resorts nears its milestone of 10,000 hotels, we talk to President and CEO Geoffrey Ballotti about the company’s strategy for growth

Spare seats at the 2019 Wyndham Global Conference in Las Vegas, Nevada – its first as an independent hotel company – were a rare find. In September, more than 7,000 delegates from across the globe gathered at the packed out Mandalay Bay Convention Centre to hear the US-based hotel franchising giant reveal a slew of upgrades to its family of brands which it says will ‘help meet the needs of today’s travellers’ and enhance returns for its nearly 6,000 global franchisees through ‘innovation in quality and design, operational efficiency, strategic growth and guest experience’.

With a network of 9,200 hotels across more than 80 countries on six continents and approximately 817,000 rooms, the hotel mega-chain also used the conference as a platform to outline plans to prioritise new-construction growth with the launch of both new and refreshed prototypes for its hotel rooms, as well as to introduce technology enhancements including a new bundle of wireless and network services via Wyndham WiFi, and a new mobile app to be rolled out in the spring of 2020.

On the sidelines of the conference, Arabian Business takes the opportunity to speak with Wyndham Hotels & Resorts’ President and CEO Geoffrey Ballotti about the company’s strategy for growth. Ballotti, who has been at the helm of the company during its journey to a pure-play hotel company after its spin-off from parent company Wyndham Worldwide in 2018, and stewarded its acquisition of La Quinta in the same year, had a clear message: when the pressure is on, brands become more valuable.

With a 20-strong brand portfolio that includes Super 8, Days Inn, Travelodge, Ramada, Wyndham, Howard Johnson, and The Trademark Collection, and with a substantial mix of asset classes, from economy to extended stay and midscale to upper-midscale, Ballotti tells Arabian Business that the competitive advantage for Wyndham is that every brand has a unique brand positioning and that although the brands compete in certain markets, they are simultaneously fiercely independent.

The ability to selectively chose the next brand that makes sense for a particular country also works favourably for Wyndham in terms of international growth, Ballotti explains. “We are very selective with what we allow to be sold internationally because this needs awareness building and marketing.”

It’s no secret that Wyndham tends to make a purchase every 18 months, and it has been 18 months since the acquisition of La Quinta.

With 53 operational hotels, 10 brands, and over 10,062 rooms, Wyndham Hotels & Resorts finds itself firmly in STR 500’s Top 10 list ranked by room count in the Middle East in 2019. The UAE currently holds the position as the leading market for Wyndham in the region with 15 operational hotels and 3,621 rooms, followed closely by Saudi Arabia with 15 hotels and 2,347 rooms.

According to Wyndham Hotels & Resorts Vice President of Development for the Middle East and Africa, Panos Loupasis, the company plans to further expand its regional footprint within the next four years, with 23 hotels and more than 4,500 rooms in the development pipeline.

By the sounds of things to come, 2020, in particular, is shaping up to be an important year as the company has a number of new additions to their portfolio in key markets, including two new hotels in Saudi Arabia – Ramada Riyadh King Fahd Road, and the Ramada Encore Al Khobar King Salman Road. Next year will also see Wyndham introduce its second offering in Iraq – Ramada Hotel & Suites Najaf.

Loupasis explains that Wyndham sees the most potential in Saudi Arabia for this region. “Increasing domestic travel to the secondary and tertiary cities, the potential of religious travel to the holy cities and the current social changes, new visa regulations and the opening up of quotas for expansion and introduction of new units are the main drivers that we see for the growth in the kingdom.”

In the UAE, the company has three new openings in the pipeline for 2020. In addition to the Ramada Plaza Jumeirah Village Circle, Wyndham is increasing its footprint in Dubai with three new managed hotels as part of the Deira Waterfront Development by Ithra Dubai, a wholly-owned subsidiary of Investment Corporation of Dubai (ICD). Both the 282-room Wyndham Deira Waterfront and the 90-room three-star Super 8 Deira Waterfront – a new entry to the market – will open in 2020. Meanwhile, the three-star 131-room Days Hotel Deira Waterfront will follow in 2021.

Appointed last year, Dimitris Manikis oversees the development of all of Wyndham Hotels & Resorts’ brands in the EMEA region

Describing the significance of the Deira Waterfront redevelopment project on Dubai’s iconic creek waterway, Loupasis says that the project is “good news” for Wyndham considering the continuing lack of three-star hospitality products in the UAE market.

“When you look at the future room supply in the emirate, most of it is in the four and five-star category. However, the issue of oversupply is not really an issue if you target the right segment. So, when you are thinking about taking on a project in a market where you think there is an oversupply, you should be looking at the gaps [in the market].”

“As a company, we need to wake up every day and ask how we are going to add more value, otherwise these relationships won’t last long”

“This is where we feel that Days Inn and Super 8 are providing the right product in the market because we are filling a gap of internationally branded three-star hotels in the UAE market,” Loupasis adds.

A solution for every need

With research company Valustrat reporting that the number of hotel rooms in Dubai is set to increase by nearly 40 percent by the end of the year, the discussion turns to what is driving the demand in the UAE. Rather than being solely driven by infrastructure projects such as the Expo 2020 Dubai, Loupasis equates the increase in room supply directly to how successful a destination is at diversifying its tourism offering.

“Dubai went from a desert destination to a beach destination, then a retail destination, and now it is becoming an entertainment parks destination. Then there is also the pull of the micro-communities such as Bluewaters Island and La Mer. You couple this with iconic projects such as Expo 2020 Dubai and you have a winning formula.”

Loupasis also says that it is impossible to ignore the impact of the relaxation of visa regulations for countries such as India, where an estimated 94.8 percent of its total GDP contribution is spent in leisure and tourism travel, and China, with a booming middle class of 500 million. Respectively, these countries now make up the first and the fourth largest tourism source markets to Dubai.

However, while the total number of international guests in Dubai reached 9.58 million (January to July 2019), up 3.6 percent when compared to the same period last year, Revenue per Available Room (RevPAR) and Average Daily Rate (ADR) witnessed double-digit declines on annual basis, plunging 13.5 percent and 11.3 percent, respectively.

For Loupasis, while the expectation for Dubai, in the short term, is that there will be a natural downturn as the additional supply coming into the market gets absorbed, this will be followed by the typical uplift in the market.

“The more the world becomes automated, the more personal relationships will play a vital role in our duty of care to our customers”

“What is great [about Dubai] is that it is a city that always surprises us naturally – whether this is through regulatory changes or improvements in infrastructure – and this is where Dubai is more shielded to market fluctuation than other destinations.”

So how, then, does Wyndham compete? According to Loupasis, you cannot operate in any market without looking at the competition, as success is defined by the ability to compare what you offer with what the others offer. “Ultimately, we compete with everybody as we are blessed with 20 brands, 10 of which are in the region. We can offer a solution for any need,” he says, echoing the sentiments of the company CEO.

In more stringent economic conditions, Loupasis also notes that hotel owners are increasingly looking to turn management contracts into franchise contracts as it gives them the possibility to have a more direct impact on the construction of the property.

“If you look at the maturing markets, it is a trend to switch from a management contract to a franchise contract and then to third party operators, and that these are trends that you gradually observe and the paths are repeated through territories.”

“As a company, we need to wake up every day and ask how we are going to add more value, otherwise these relationships won’t last long,” he adds.

The Wyndham ‘day after’

When the conversation turns to the secret to Wyndham’s success, Wyndham Hotels & Resort’s charismatic President and Managing Director for EMEA, Dimitris Manikis, has a theory. Despite the company’s position as a ‘powerhouse’ in the industry, maintaining a ‘corner shop’ mentality that made the business successful in the first place is still vital, he tells Arabian Business.

Travelodge has over 430 hotels in North America

“The more the world becomes automated, the more personal relationships will play a vital role in our duty of care to our customers. This personal greeting is still very important to us… this is what makes Wyndham different,” he explains.

Drawing parallels with the automotive industry, and how the focus has now shifted to the after-sales sector rather than the sale of the car itself, Manikis highlights that similarly, it is the Wyndham ‘day after’ that really matters. “Once you become our client, the day after the sale is extremely important to us. That is what counts with today’s customers, and this is only going to become more important tomorrow.”

There is one clear message that resonates the loudest from the 2019 Wyndham Global Conference in Las Vegas, and this is that the company recognises its duty of care to its partners, owners, franchisees, and staff members. In an industry that employs a lot of people, and that has a lasting effect on the environment and wellbeing of the planet, the team at Wyndham clearly takes pride in giving the right value back to the community and its partners as part of its duty of care as the world’s largest hotel franchising company.