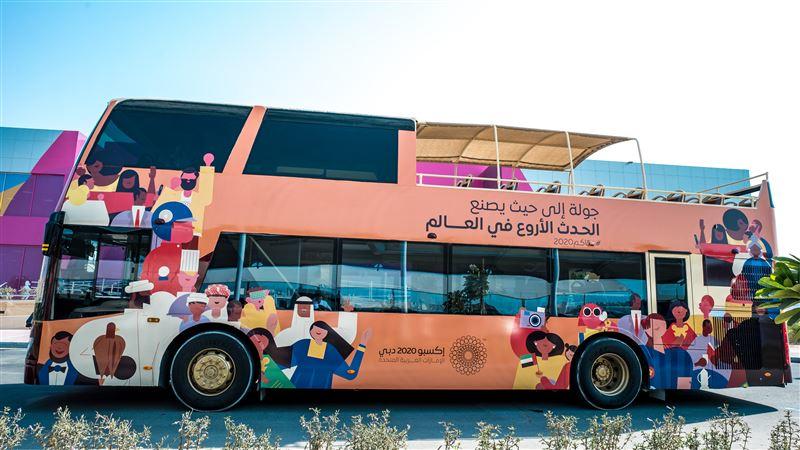 The first phase of the tours – booked out within three hours – began on July 20 and concluded at the end of August.

The World’s Greatest Show in the Making bus tour, which gives visitors a sneak preview of the Expo 2020 Dubai venue, is returning following a highly successful first tour.

The bus tour, which lifted more than 3,000 people in six weeks during the summer, will resume services from December 1-21 and again from January 10- February 1, 2020.

They will run on Mondays, Wednesdays, Fridays and Saturdays, with pick-up locations across the UAE.

Figures released in September revealed that Indians made up most of the bus tour customers, followed by visitors from the Philippines, Pakistan, the UK and the UAE.

A post-tour survey showed that, on average, visitors rated the likelihood of them coming to Expo 2020 as 9.7 out of 10 while satisfaction with the tour averaged 9.2 out of 10, and Expo’s relevance to each individual tallied at 8.9 out of 10.

The first phase of the tours – booked out within three hours – began on July 20 and concluded at the end of August.

Expo 2020 Dubai is set to welcome 192 participating countries and millions of visitors for the largest event ever staged in the Arab world, taking place in Dubai South from October 20 to April 10 2021.